This is my first devlog now that I actually have a place to house this kind of stuff, and with it, I'm glad to announce that the first arc of Our Wonderland has now officially been released! Thank you SO much for all the downloads so far! I hope that you're enjoying the first part of the game.

Arc 1 will be the first arc of five, and I plan to release the next arcs as they're finished. The idea is that you'll be able to choose in what order to play Arcs 2 through 4 (the "Call Genzou," "Call Orlam," and "Call Gidget" arcs, which focus on each of them respectively), after which, the finale arc, Arc 5, will be unlocked. However, since I'll be releasing them one at a time, you'll have to play them for now in the order I release them (sorry!). I don't have a release date yet for Arc 2 (the "Call Genzou" arc), but I'm pretty close to finishing it up (some final art and dialogue choices to do). I also already have some writing and art done for Arc 3 (the "Call Orlam" arc). Now that I have this devlog space, I hope to make more frequent updates on my progress for those interested. You can also follow me on Twitter, as I tend to post every day with at least something new that I'm working on (as well as extra art for the characters when I'm so inspired). 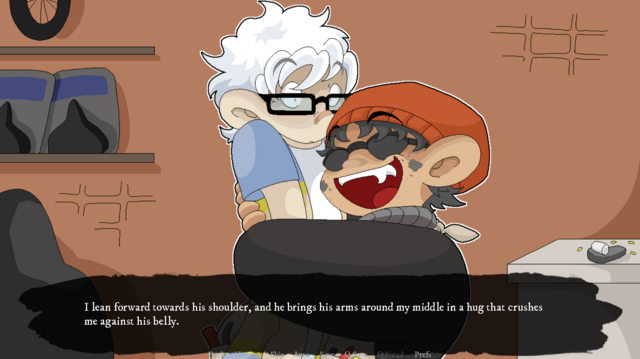 A preview of some art from Arc 2.

This game is one I've been trying to make for a while, though it's changed its form a lot over the years. I first started working on it not long after releasing the 2.0 version of Easter. Back then, it was going to be another RPG horror, similar to Easter; however, as I began working on it, I was dissatisfied with how my sprite work was turning out, and I eventually lost the motivation to keep working on it. A while later, I decided to try again as a sort of storyboard-style illustrated kinetic novel, with only images and dialogue. But it didn't take long for me to realize that drawing so many images was going to take me years, and I again lost motivation. Then in fall of 2020, I returned to it again, this time thinking I'd write it as a novel. I got about halfway through writing Arc 1 before getting busy with other things, until this last summer, when I decided to try turning what I'd written so far into a visual novel in Ren'Py. Seeing it start to come to life, even just with the basic text, music, and some simple BGs, was super inspiring, and it apparently gave me that push I needed to really hunker down and focus. I finished writing the rest of the text for Arc 1, bought myself a drawing tablet to begin working on the art, and have been drawing almost every day since.

Despite this being a horror game, there are a lot of themes running through it that are very personal to me or taken from my own experiences (and then obviously exaggerated for horrific effect lol), so finally sharing it like this has me feeling a little bit exposed. But I hope there may be others that can also take something away from the story and enjoy it!

At any rate, thanks again for all your support, and until the next devlog!! 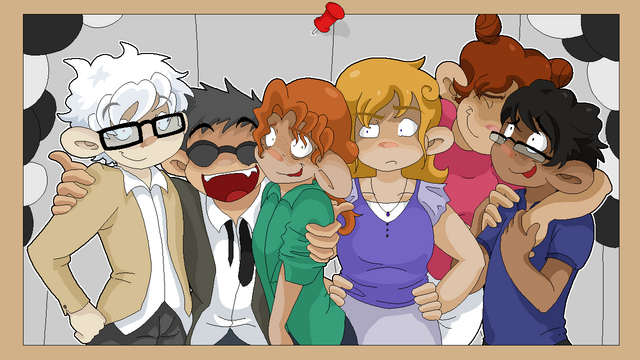 A preview of some art from Arc 3.