(a delightful and not appalling) Arc 3 Progress Update

Greetings and salutation, my fine-feathered friends. I have returned! And much quicker than last time because I'm finally being all rEsPoNsIbLe and getting a new devlog out before a gajillion and one days have passed. But I digress. I made one of these progress update devlogs for Arc 2, so figured I should make one now for Arc 3 since DUN DUN DUUUUUUUUUN————

H-H-H-HOW IS THAT POSSIBLE? —You may ask, with awestruck trepidation choking your phlegm-ridden throat. Honestly, I don't have the answer. I guess I just got in the Zone™.

As I've said a few times now—to the point where you probably wanna slap me in my little carrot face and tell me to get to the point—these middle arcs of the game all represent possible "paths" Iggy could try while attempting to MacGyver a solution to the Newly Created Hell that is his and his friends' childhood wonderland. In Arc 2, Iggy called Genzou before shit hit the fan, which sprung him somewhat forcibly down a path in which he needed to come to terms with his own fears regarding relationships, intimacy, and all that jazz (because our sometimes-lovable protagonist is a poor confused ace bean). Now, in Arc 3, you'll get to see what happens if Iggy were to call Orlam instead. And considering Orlam is everyone's favorite resident cannibal, you can guess that things are gonna get A Little Bit Fucked.

I have been SOOOOOO GOOOOOOOOOD at trying to not reveal anything more than that so far because I really think this arc needs you to go in having little clue as to the direction it's heading. But it has been Hard™. Mostly because every other CG I draw either rends my heart into molecular-sized pieces, makes me feel like a Damn Dirty Dog, or reveals a horrific part of me that I probably should have kept under lock and key for 6,000 years, and I just wanna TALK ABOUT IT BUT I CAN'T. 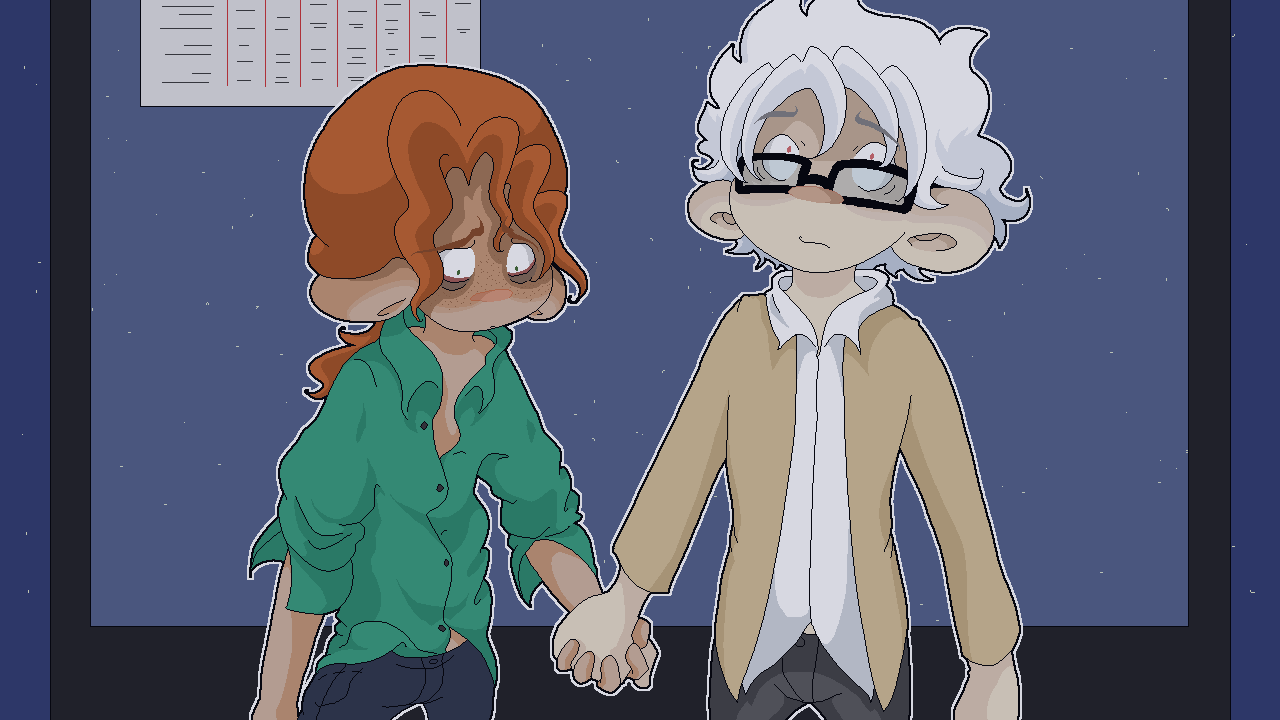 WHICH SEGUES NICELY INTO THE NEXT SECTION. 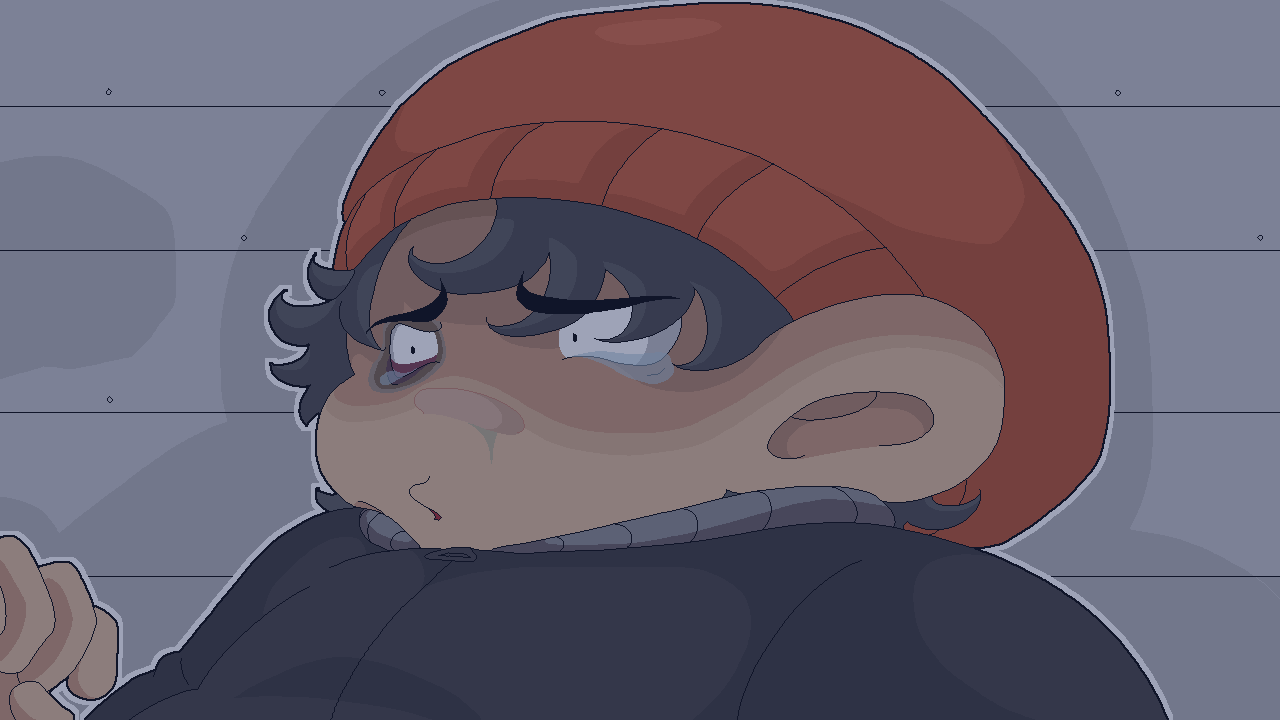 My face when I think about all the other small things that I'm probably forgetting but still need to do.

Last week I pushed out some Sweet Facts about Arc 3 over on Twitter, so to finish up this devlog, I'll revisit some of those in a bit more detail here now that I actually have the s  p  a  c  e to do so (280 characters can bite my ass).

Aaaaaaaaaand that's probably enough for now and I am le tired.

Wait, in all that rambling, I still haven't talked about when it'll actually be released.

I still don't have an exact 100% date yet—but at this point, I can pretty safely say latter-half of next month. My plan is to (hopefully) finish up the last bits in the next few weeks. After that, a few weeks for beta-testing, making any last fixes and tweaks, etc. Then, of course, we'll need some kind of Grand Countdown on Twitter. So yeah, barring any sudden life changes or external complications, that's the ballpark. And that will get it out before the Queer Games Bundle launches in June, too, so!! Probably then this will be the last devlog before the release.

AS A FINAL NOTE.

We're closing in on 500 downloads, which is honestly mind-boggling to me considering that in the last devlog less than a month ago, we'd only just reached 300. My little carrot heart is bursting with love and joy and beta carotene because it's been such a long road of STRUGGLES since the release of Arc 1 last December to get any sort of visibility. I'm so glad that people are playing and enjoying my (sadistic) (horrific) (not pleasant at all) little game!!!!! I'm planning on doing some art for 500 once we reach it. Most likely something not appropriate to the tone of the game, like a beach scene. BECAUSE SOMETIMES YOU JUST WANNA HAVE FUN AND DRAW A BEACH SCENE AND LET YOUR CHARACTERS BE HAPPY AND NOT MUTILATED FOR ONCE.

So anyway, that's on the horizon, too.

To close this long-winded devlog up, here's the new sweet sweet title screen for Arc 3—BLASTING ITS WAY ONTO YOUR COMPUTER SCREEN SOON.

Actually I lied there's one more thing I want to share and it's Very Very Important: 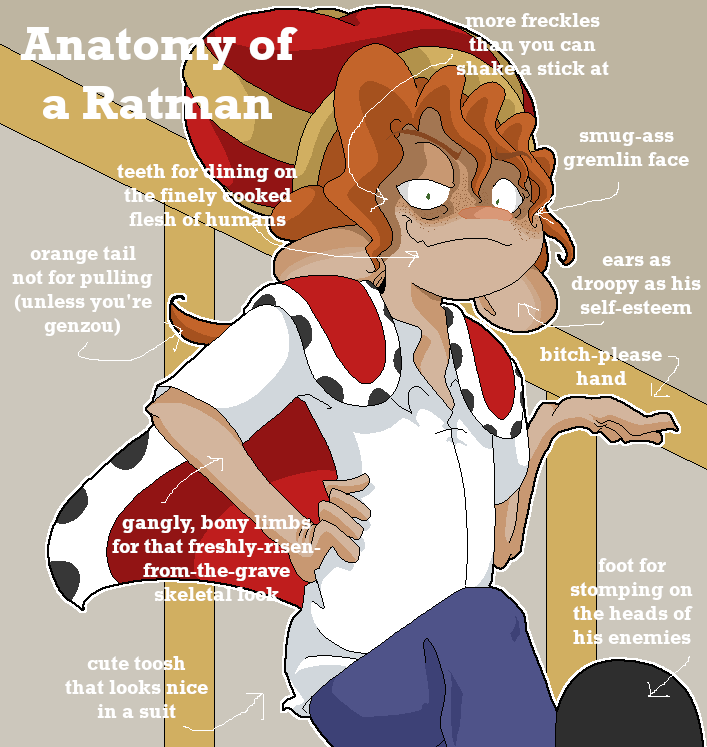 This looks so fucking good!!!

Jffhfvkuddbuv thank you so much!! 😭 Can't wait to release this sucker!!